Lagos: in the mornings, everyone wakes before the sun rises.  Between 4am and 8am is rush hour.  When there are long lines of cars and trucks and buses on the streets and highways.  Often as kids, we would hear about “the Lagos” on radio and TV shows, read about it in magazines and newspapers, and listen to the tales Mom told about it; of her adventures in while living there. It is a city of chaos, yet there is something of rare quality – the beauty, some say is authentic, others say is unashamed and rad.

Some days I feel it is that way, and other days, the chaoticness which can drive a mad man crazy, would make me hate its tenacious spirit. When stuck in a Lagos traffic, I would joke to my friends, you would get married, have children, and have grandchildren and great grandchildren– it is tragic. A bus ride from Island to Mainland, on good days, take minutes, and on bad days, take hours – the bad days are always as often more than the good days.

Conductors lack finesse here, of course it isn’t something to expect from one  hustling for crumbs as a daily fee. They are ridiculously rude, loud and entitled – marrying off passengers to other passengers because they can’t find change or they are too lazy to even try, I think.  Courtesy is so far-fetched, shouts been thrown to strangers who have boarded their buses. Sometimes, they would nudge you by the arm in an attempt to urge you to join their own buses.  Most times, not just the nudges,  they pull hard at your arm, too, to coerce you.

What of about the Yoruba women? Irritably loud, their Yoruba float over heads in buses and their voices sound like bird chirps.  They pick fights with strangers, are foul-mouthed, always scream at bus drivers and conductors, never have heard them talk quietly.  Of the men who talk with  their fists. Who take off their shirts, throw punches and break bottles in bus parks. Of the man in a crisp shirt with ironed lines running from behind, in a fist-punch fight with a conductor because of his balance. Of the lady who curses and screams at the conductor for her change with beads of sweat trickling  down her face. Who would later run to a nearby fast-food to  do her makeup.

A rare wonder though is – how the  BRT rides are surprisingly orderly. Unexpectedly, only the blue BRT buses have air conditioners and are clean – most of the times not always.   I like to sit close to the window, after I check in my ticket with the bus coordinator who makes rules everyone has to follow. In a BRT, nobody jumps in through the windows or pushes each other in a tussle to get into the buses. On one of such rides, I met a friend – she is much older, If I have guessed her age right, she would be in her mid  or late sixties. She has a slow limply gait and walked as if favoring the right leg over the left leg. She speaks calmly and bursts into Igbo in rare moments, while she  talks about the BRT buses, how long she has been taking them and where their bus stops are. She is so warm that it startles me. Because it is  rare  to find someone who is warm and nice in Lagos. Everyone here is angry at everything. And they hurry at lot too.  That it is rare to have someone help you find your way. But she did help me find my way from CMS to Ikeja telling the two girls in the bus to look out for me and make sure I alight at Ikeja junction. Where I would take a bus to Ikeja mall. So, people are also kind here, but the  kindness is  usually in rarity. 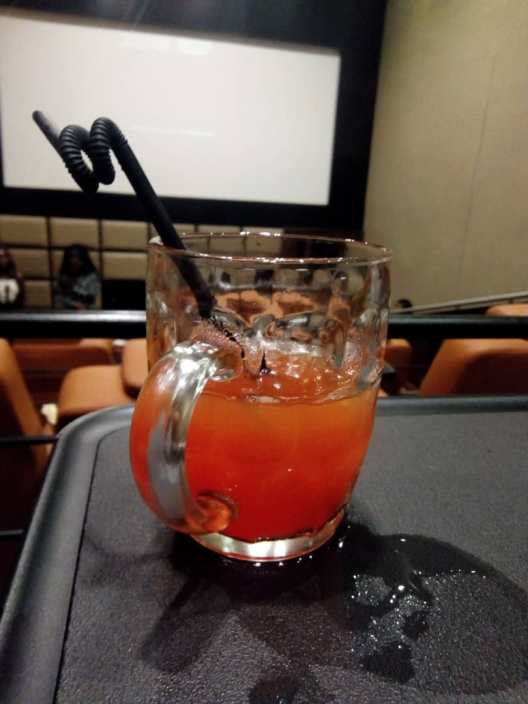 Of nightlife in clubs and parties and events at small corners. Everyone unashamedly enjoying themselves. However, they don’t look like people who have driven all day through a long traffic. Neither do they look tired or have the familiar worry  about how they would get home if ever there is a traffic to hold them back. Even as late as 2am, there are still small corners where Mallams sell suya and fried crisp fish and yam,women sell akara. The market bustles same as in the day. But calmer and less crowded. It is their rare abandonment even with the knowledge of likely  getting ‘mugged’ that intrigues.

Lagos is a city of chaotic mess with a rare wonder that would get you under its skin.  Of places – of Rufus and bee, Casper and Gambini, art galleries and cinemas –aethestically inciting and exotic; of women sparsely clad and no bras. Of men in shorts and flip flops. Of Icecreams and KFCs.  Of wine and cigarettes. Of being authentic.  Of weird style and faux accents. It is a love-hate relationship, in which love definitely wins.

Photos: First image by Victor Adewale and others by me.

4 thoughts on “ Lagos: The City Of Chaoticness and Rare Wonder”